In the news we have been hearing some scary stories of how people's mechanical vaporizers are “exploding." The mainstream news has such a way of portraying vaping as dangerous, but their research into the story is largely irrelevant to the actual cause of something like this happening.

The majority of the time when something goes wrong with a vaping device it is because the user has done something improperly. Could you imagine if the news covered someone getting into a car accident the same way they did vaping accidents? It would go something like this: “27-year old male/female crashes car into oncoming traffic. The accident occurred because the car never alerted the driver that they were heading towards oncoming traffic." It would be completely absurd! Well, the same is true for vaping accidents, and one of the most common accidents is caused by a vaper using a hybrid mod with an atomizer (tank, RTA, or RDA) with a non protruding positive pin. So why is this an issue? Well, honestly, making this mistake can cause the battery to vent or possibly explode.

While 18650 batteries rarely explode with huge force, they are more likely to vent, which is a release of pressure. The release of pressure occurs by releasing dangerous chemicals and sparks from the vent holes right under the positive side of the battery. These battery failures would be way more devastating if the device in use did not offer proper venting holes. So basically we just want to stay way from a venting battery all together. Hybrid mods would be a great place for the vaping industry to start. 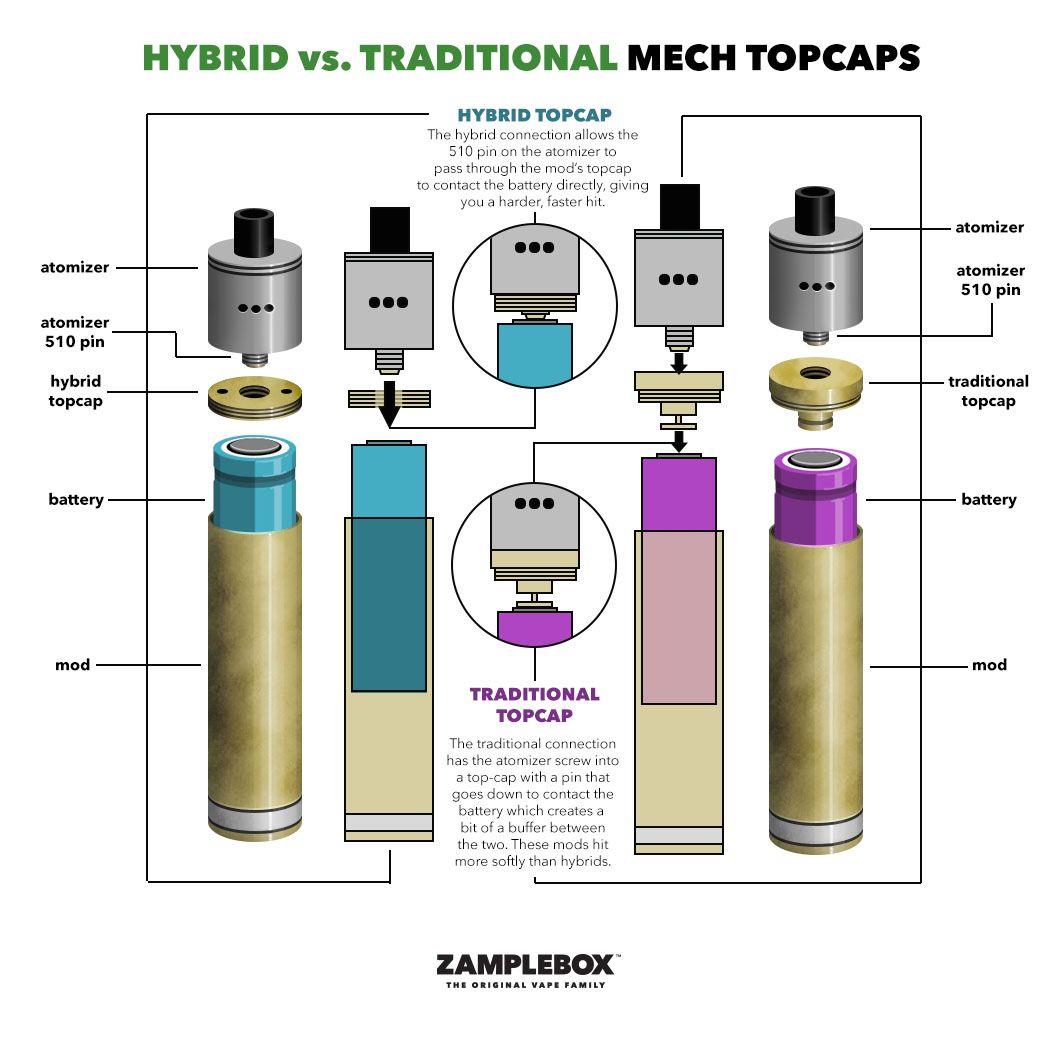 What is a Hybrid Top-Cap Mechanical Mod?

A hybrid top-cap means that the vaping atomizer is directly connected to the battery. The reason these have gained popularity is because of the direct connection, which allows for better power transfer and a harder, faster hit.

Understanding an RDA and how it connects to a vaping device

When you look at the bottom of any tank or RDA you will notice a flat round piece, this is your positive pin. Now look to the outer edges, that is the negative portion of the 510 connection, the threads and the whole outer piece of this is negative. In between your positive pin and the negative threads, you will notice a tan, clear, or grayish piece that looks like plastic. This is the insulator that separates the negative from positive. When it comes to the 510 connection, you will have an adjustable or non-adjustable positive pin depending on your RDA or tank.

When things go wrong with your vape device… The shocking truth!

Now that you understand which pieces are positive and negative, what happens if your positive pin is not adjustable or screwed in too far? Or what happens if you have a bad RDA made with cheap insulators that have melted? Well, to  put it simply… a SPARK! That spark is a sudden discharge from a circuit (or a short). This short can cause your battery to vent, and if your battery vents in a device that does not have great venting, that could possibly turn it into a small “pipe bomb". This is why you should always take extra precautions, especially when it comes to hybrid mods, and you should only use an RDA or tank that has an adjustable 510 connection. 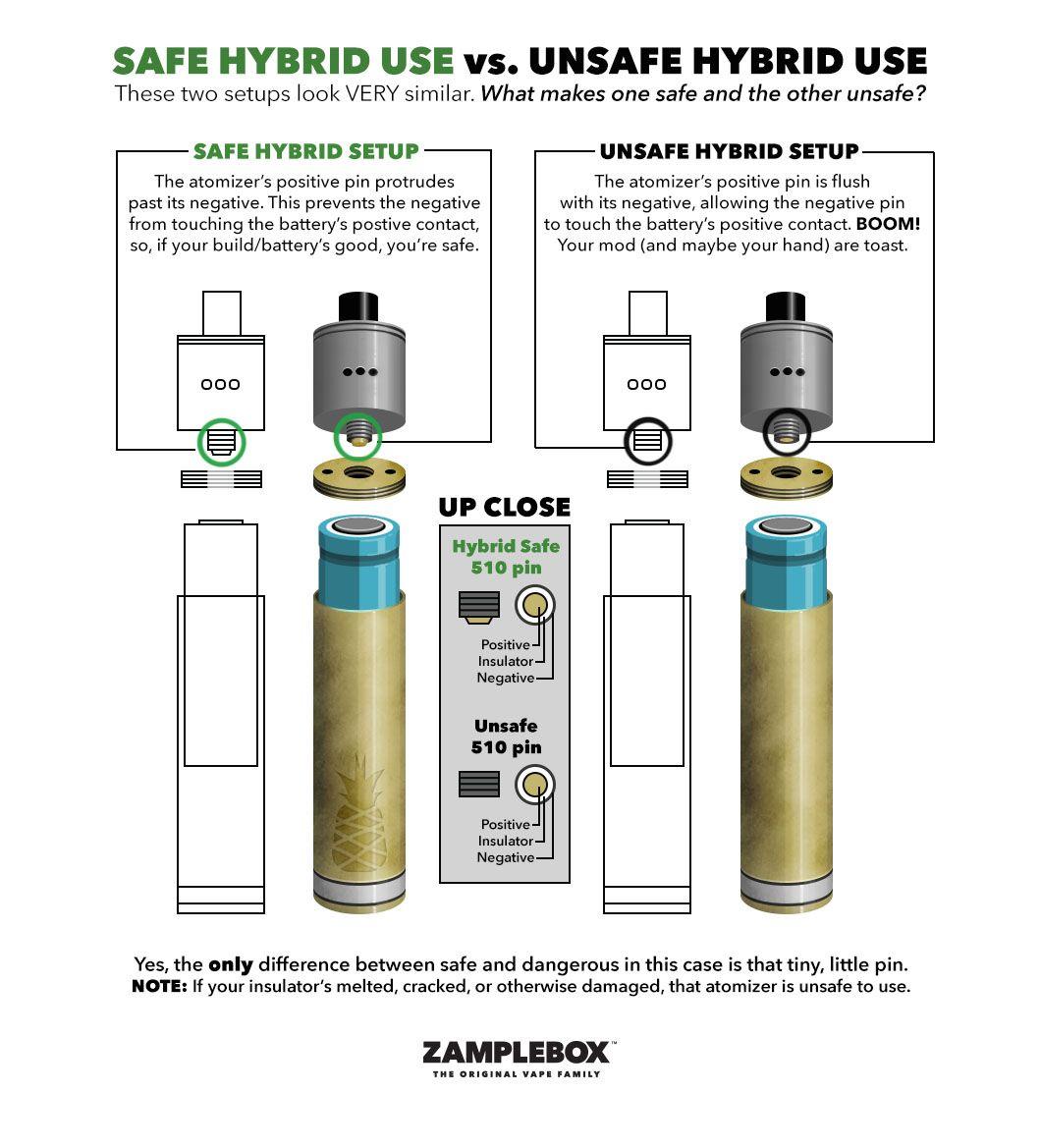